What does Alzheimer’s have to do with me?

Alzheimer’s disease is a disease that you don’t think about until it affects you, or someone you know, personally. It’s the “scary” disease with no cure.  The disease that no one wants to talk about.  It’s just too frightening to think about.  If we did, we would have to imagine someone we love who is now a stranger, even to themselves.  Not only a stranger but someone completely incapable of taking care of themselves at some point in the disease progression.  Completely incapable of the everyday things we take for granted.  What if you forgot how to brush your teeth?  The brush is completely foreign- you, literally, have no idea what it is used for.  Someone you love patiently explains it to you and teaches you to use it, but just a few short moments after, it’s forgotten until you do this same dance tomorrow.

So, chances are, at some point in your life, you will be touched by Alzheimer’s in one way or another. A family member, a friend, a coworker.  Every 65 seconds someone in the US develops Alzheimer’s disease.  It has become the 6th leading cause of death in the United States. 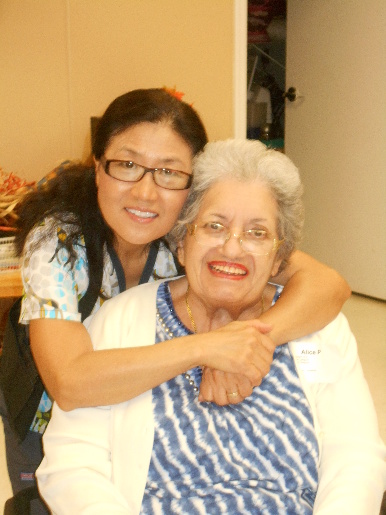 What can I do?

Have you always wanted to raise funds or support a local non-profit, but you just had no idea what you could do that would make a difference?

This is YOUR chance to make a difference.

Your donations of $25, $100, $200+ may seem insignificant in the grand scale of destruction that Alzheimer’s Disease causes, but it’s not.

Every dollar raised through fundraising goes directly to the care and support of thousands of people living with Alzheimer’s, their families, and caregivers. Transportation, education, Adult Day Care, memory testing, and in-home respite are examples of what your money can do.  Your donations make these services possible for those who cannot afford them.  These services make it possible for people fighting Alzheimer’s disease to remain at home with loved ones as long as possible.  To hold on to the last bits and pieces of what is familiar.

(statistics provided by the Alzheimer’s Association)